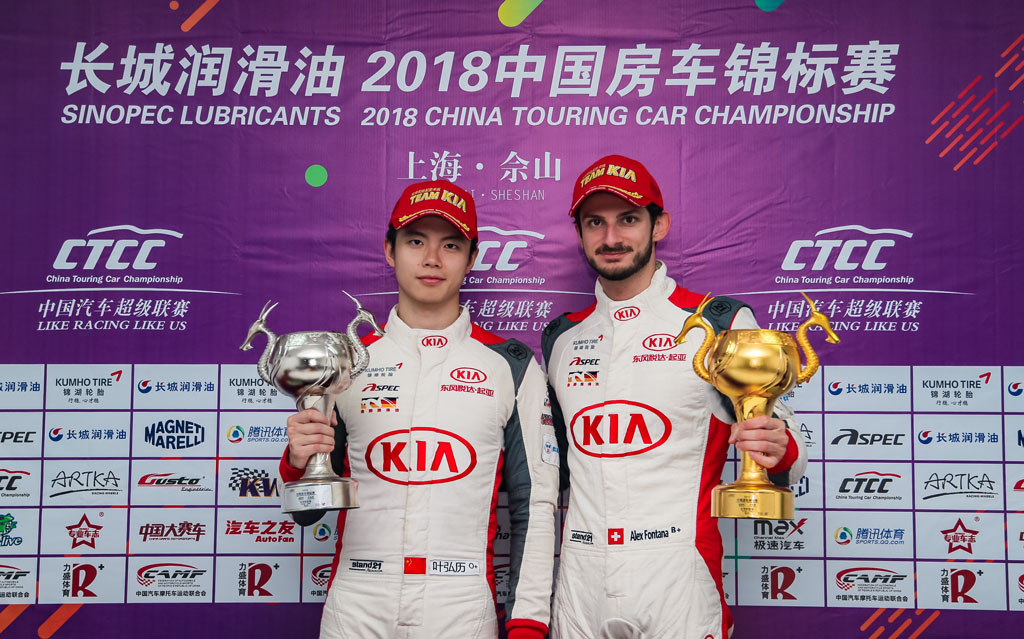 Another great weekend for Team KIA Racing China and Hexathron Racing Systems in the China Touring Car Championship: in Shanghai Tianma, penultimate round of the season, the team directed by John Ling and technically supported by the italian engineering company scored an amazing result which set it as the main candidate for the 2018 championship win in standings (drivers and manufacturers).

Thanks to the wins by Alex Fontana in Race 1 (with the equally precious second place by Leo Ye HongLi) and André Couto in Race 2 (at the debut on the KIA K3 2.0T), Team KIA Racing China is leading the manufacturers standing with 311 points against 272.5 of the VW 333 Team; among the drivers, two KIA drivers will be the only ones who can now win the title, with Leo Ye HongLi who’s leading with 149 points followed by Jason Zhang at 110.5.