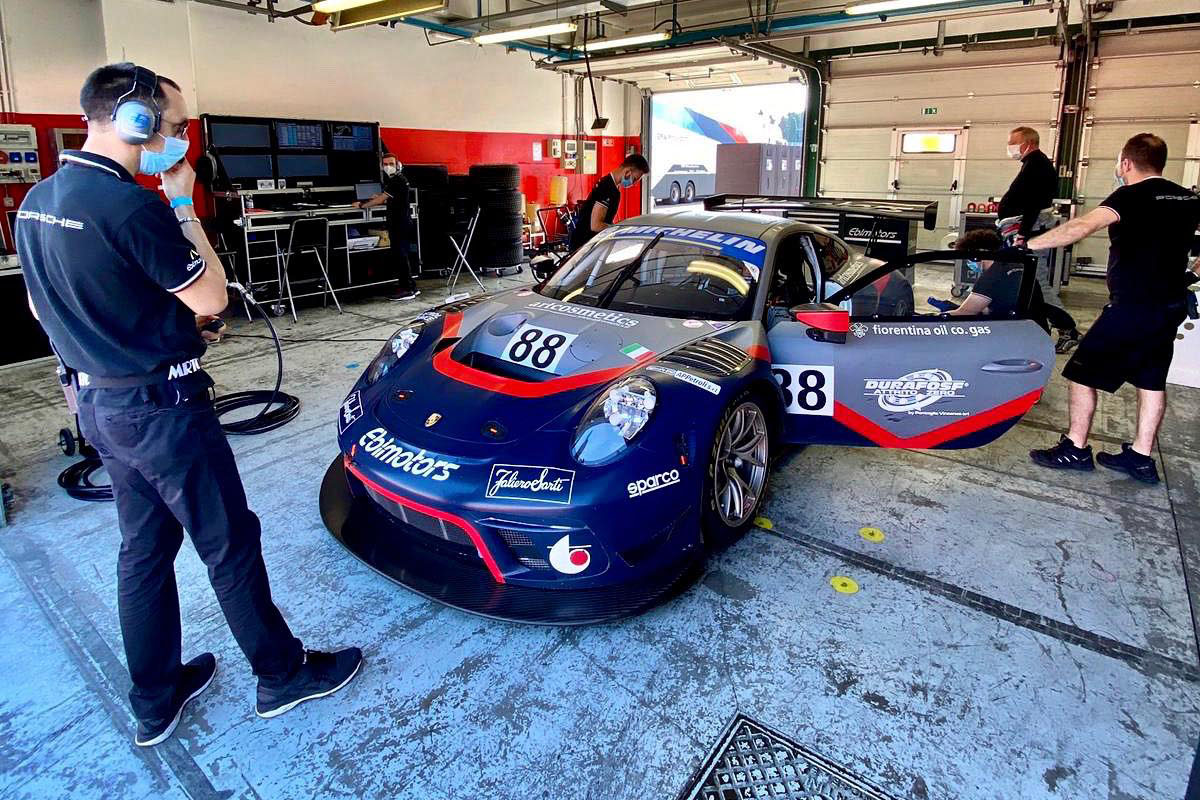 The close collaboration between two of the most important italian companies engaged in the world of car racing continues: Ebimotors has reconfirmed Hexathron Racing Systems as main technical partner dedicated to the trackside engineering of its cars, which this year will compete in the Italian Grand Touring Championship; two new Porsche 911 GT3-R will be the line up by the Como-based team directed by Enrico Borghi in the most important italian racing series, the first one and those will be driven by Paolo Venerosi, Alessandro Baccani and Riccardo and at the wheel of the second one Gunter Blieninger together with Luca Riccitelli. For Hexathron Racing Systems another high-level challenge that will see three of its engineers on duty in each round: Maurizio Soro will be Technical Director and Race Engineer of the Venerosi-Baccani-Pera’s car while the second Porsche will be under Marco De Luciano’s direction; Fabio Pennesi will support both cars as Data Engineer.

Marco Calovolo (Hexathron Racing Systems): “We are delighted to continue our collaboration with Ebimotors, a professional team with which we are very close and with whom we have faced important challenges and races in the past such as the 24 Hours of Le Mans, Daytona 24 Hours and the European Le Mans Series. The crews are well-matched and both have everything they need to do well in the Italian GT Championship, even if the overall level will certainly be high. We have completed some testing days in Misano and Mugello which allowed us to try out different setups on the cars, as well as to become familiar with the new procedures related to the Covid-19 protocols which has changed some working methods. We are confident for some very good results, starting from the first round scheduled for the incoming weekend.”

The 2020 Italian GT Championship will kick off this weekend from the Mugello Circuit, with the first round of the Endurance series, a unique 3-hour race; followed by the events of Misano Adriatico (1-2 August, Sprint event with two races of 1 hour each), Imola (29-30 August, Endurance), Vallelunga (19-20 September, Endurance), Mugello (3- 4 October, Sprint), Monza (17-18 October, Sprint), Monza (7-8 November, Endurance) and the last round will take place in Vallelunga (7-8 December, Sprint). All races will be broadcast live on the acisport.it website and live on Raisport italian TV channel.