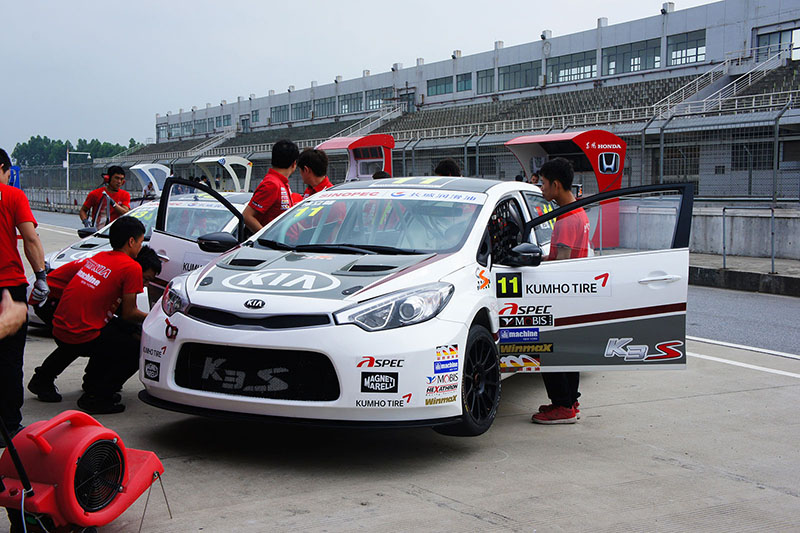 2015 China Touring Car Championship is already underway, with the qualifying session done today in Zhaoqing (Guangdong), where KIA Racing conqured the whole first row thanks Jason Zhang Zhi Qiang (who will start from the pole position) and Larry Le Lin Feng, first real result after the positive debut in the middle of last season. KIA Racing decided to double its efforts in CTCC fielding four new KIA K3S and confirming Hexathron Racing Systems as main technical partner for the development and supervision of engineering of the four cars on the track after the first collaboration in 2014: the italian engineering company will be on site in every test session and in all eight rounds to coordinate all technical activities concerning the K3S racing cars. Two Hexathron Racing Systems engineers will support KIA Racing staff in the 2015 CTCC: Federico Turrata and Marco Calovolo will be the reference points of KIA racing division, with the latter who will be replaced by Eng. Oscar Jimenez Martinez in the week ends where Calovolo will be involved in WTCC with LADA Sport Rosneft.

Marco Calovolo (CEO Hexathron Racing Systems): “We are very happy and proud that KIA Racing has decided to confirm Hexathron Racing Systems as its main technical partner for race engineering on KIA K3S racing cars. In any event, both in tests and in the eight rounds of 2015 China Touring Car Championship, we will be present with two engineers to follow their four cars on the track. From the first test, the car has improved a lot its performance since last year and now the team has certainly more knowledge and experience compared to the second half of last season. We are very confident to achieve good results and KIA Racing has all the elements to aim high, and we will do our best to support this project with our engineers, both on the track and about the car development.” 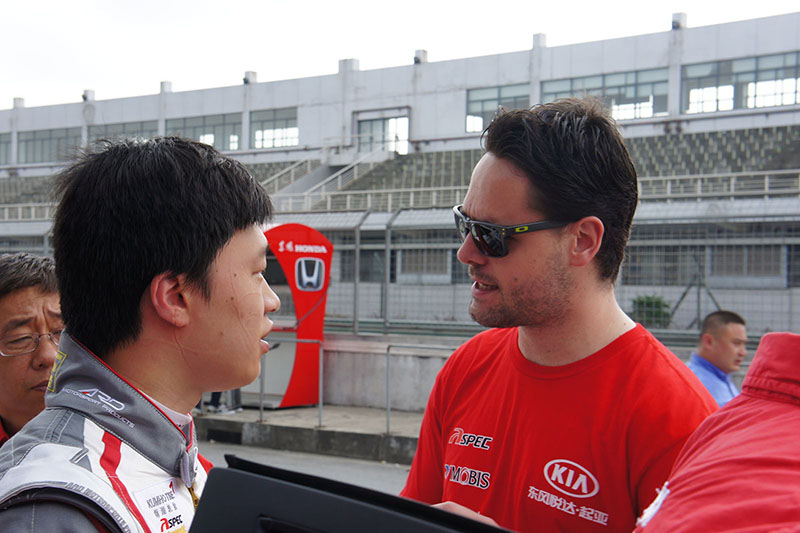