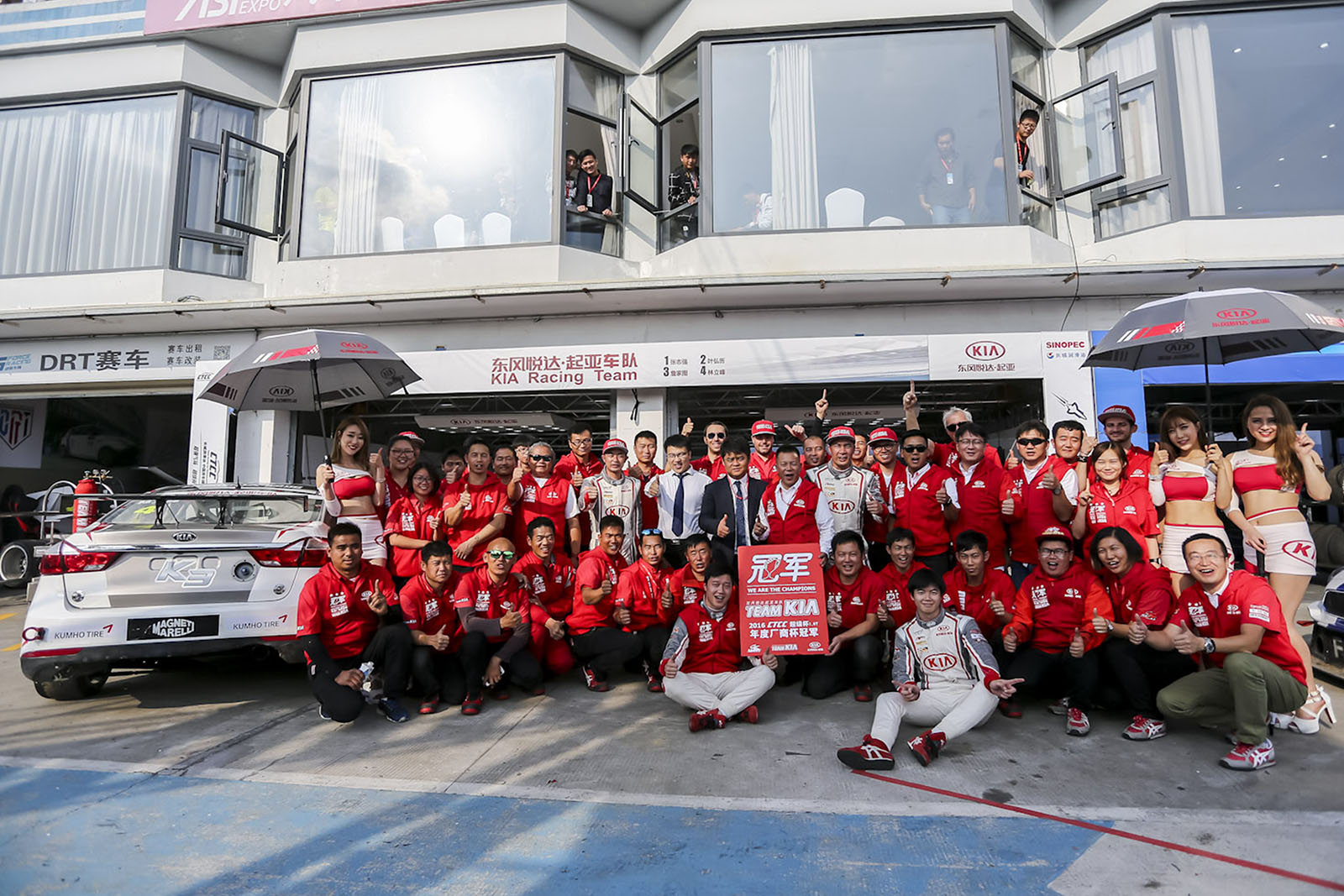 Another season to remember for KIA Racing Team and Hexathron Racing Systems in the 2016 China Touring Car Championship (CTCC). After the success achieved in 2015 with the KIA K3S ahead Changan Ford Racing Team, this year the top step of the podium came thanks to KIA K3 that was opposed to Dongfeng Honda works team and its race cars. A very thight season which ended with a double victory in Shanghai Tianma, where KIA Racing scored the 1-2 in Race 1 (with Jason Zhang as winner, who takes also the title of vice-champion) and a historic hat-trick in Race 2 (with Leo Yi Hong Li on top).

The KIA K3 was the last sedan race car with 1.6 turbo engine: next year it should be replaced by the version equipped with the 2.0 turbo engine, which has already debuted with the swiss driver Alex Fontana in the last two seasonal rounds, followed as always by Hexathron Racing Systems from the first test. The KIA K3 2.0 turbo immediately showed great potential, taking an excellent third place in the debut race of Guiyang and the pole position in the last round of Tianma, a great start to the commitment forecast in the next 2017 CTCC.

Marco Calovolo (Hexathron Racing Systems): “The 2016 has brought another title for KIA Racing Team and Hexathron Racing Systems, last year with the 1.6 turbo powered cars, and we could not close this cycle in a better way. I am very happy, so proud about the work done by our group this season, a confirmation of the growth process started with KIA Racing Team in 2014 and which led to the two consecutive Constructors’ titles in 2015 and 2016. In the last two rounds we have been engaged on two fronts (1.6T and 2.0T) with 5 cars so we had to increase the number of our Race and Data Engineers to support in the best way the team. Now we are looking forward to next season, important news will come soon and for sure we will be ready to support KIA Racing Team for the third year, focused to conquer new important successes together.“