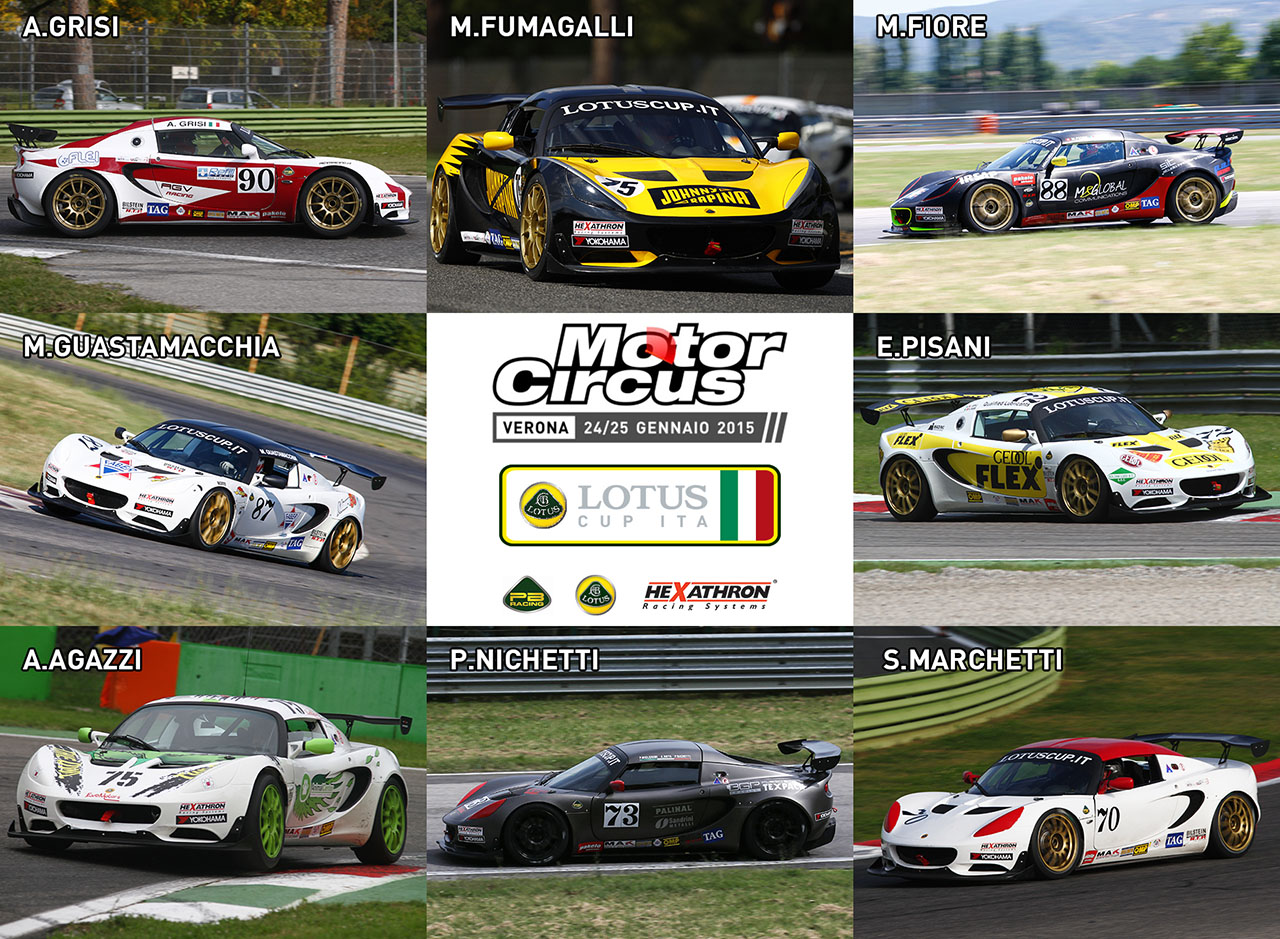 After the winter break, Lotus Cup Italia switches on the engines and the spotlight on himself with  double event – Motorcircus – dedicated to motorsport that takes place on January Saturday 24th and Sunday 25th at Verona Fair. PB Racing and Lotus Cup Italia, along with Hexathron Racing Systems (main technical partner of the series) will be present with its own stand (Hall 11, 22/23 PQ) where visitors can see up close the Lotus Elise Cup PB-R and other top models of Hethel manufacturer, together the staff who will be available to share all informations about 2015 racing season, which will be officially unveiled on Sunday at 16.30 on Stage Events by Stefano d’Aste and Eng. Marco Calovolo. Outside, for the “Memorial Angelo Caffi – Lotus Cup Trophy” will be 8 drivers in action, including severals from last season and some new faces: Alberto Grisi returns behind the wheel of AGV Racing’s white and red Elise while, after the good performance at the 6 Hours of Rome, Piero Nichetti will defend the colors of Race Event; eyes are also on the Elise liveried “Johnny Rapina” with which Marco Fumagalli will fight for the win while, on the 2014 champion car (Flower Power Racing – Essecorse) there will be Marco Fiore. Andrea Agazzi and Mauro Guastamacchia will be in action too while Eugenio Pisani (Siliprandi Racing) will make his debut on the Lotus Elise Cup PB-R together Simone Marchetti, former Lotus Cup champion in 2012. The track activities will begin Friday afternoon with free practice, Saturday will snap the top three challenges crossed (11:15, 13:45 and 14:45), while the semi-finals and finals will take place on Sunday (11:30, 14:15), with the end awards ceremony and presentation of 2015 championship; visitors can access into Motorcircus from 9 to 19, both Saturday and Sunday.