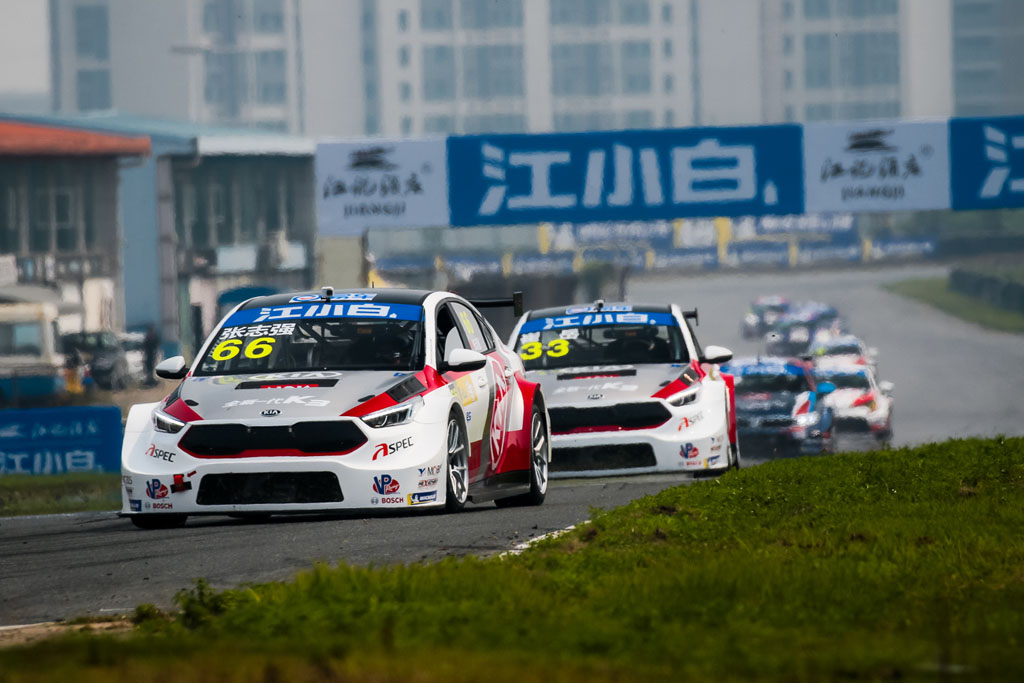 Winning debut for the New Generation KIA K3 2.0T race car in the first round of the 2019 China Touring Car Championship. On the Guangdong International Circuit, the touring car designed and developed by Hexathron Racing Systems immediately showed great performance, confirmed by drivers’ feedback, who praised the new aerodynamics and the revised suspension design, which allowed them to perform well on the tricky Chinese racetrack.

As a proof of this, an extraordinary result came both in the qualifying and the races: after the pole position, in Race 1 Jason Zhang brought the New Generation KIA K3 2.0T to the second step of the podium followed by his teammate Cai Yue who also claimed the win, in Race 2, whilst Alex Fontana managed to grab 3rd place, despite the damage due to the contact with Adam Morgan’s BAIC just after the start.

Marco Calovolo (Hexathron Racing Systems CEO): “As Hexathron Racing Systems we are proud of the work done during the winter in our Italian headquarters by our engineers Maurizio Soro, Marco De Luciano, Erik Turlejski and Matteo Limongelli: this new car is an important step forward compared to the previous one, and the first on-track results confirmed the goodness of the project. Now we are already focused on the next event in Shanghai, where we will have to fight to stay on top.“