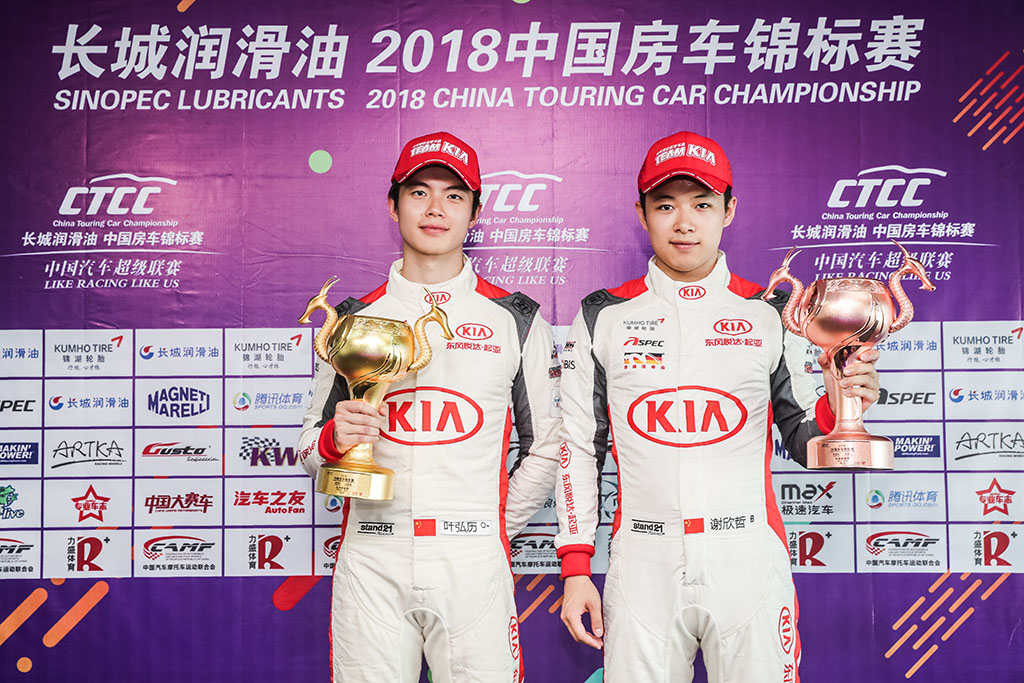 After the positive start at Shanghai in the first round of 2018 China Touring Car Championship (with the second place of Alex Fontana in Race 1 and the third of Jason Zhang in Race 2), for Team KIA Racing China and Hexathron Racing Systems has arrived the first win of the season in Zhuhai. The team headed by John Ling, which has the italian engineering company as a technical consultant for track support and for KIA K3 2.0T race car development (in this event onsite with Fabio Magnani, Erik Turlejski and Max Maximenko), has achieved an excellent overall result that allowed the team to jump at the top of Manufacturers standings. In Race 1, Leo Yi HongLi got a fantastic win flag-to-flag after the pole position, with Martin Xie Xin Zhe jumped on the third step of the podium, marking also the fastest lap of the weekend signed by Leo; Jim Ka To end sixth while Jason Zhang was forced to retire after being hit by another car.
In Race 2, Jim Ka To got another podium for Team KIA Racing China (3rd), just ahead of team mate Jason Zhang; Leo Yi HongLi finished seventh (forced to rise from the back after a spin) while Martin Xie Xin Zhe finished in ninth position.

The next round of the China Touring Car Championship is scheduled at the GuangDong International Circuit on the weekend of 2-3 June.