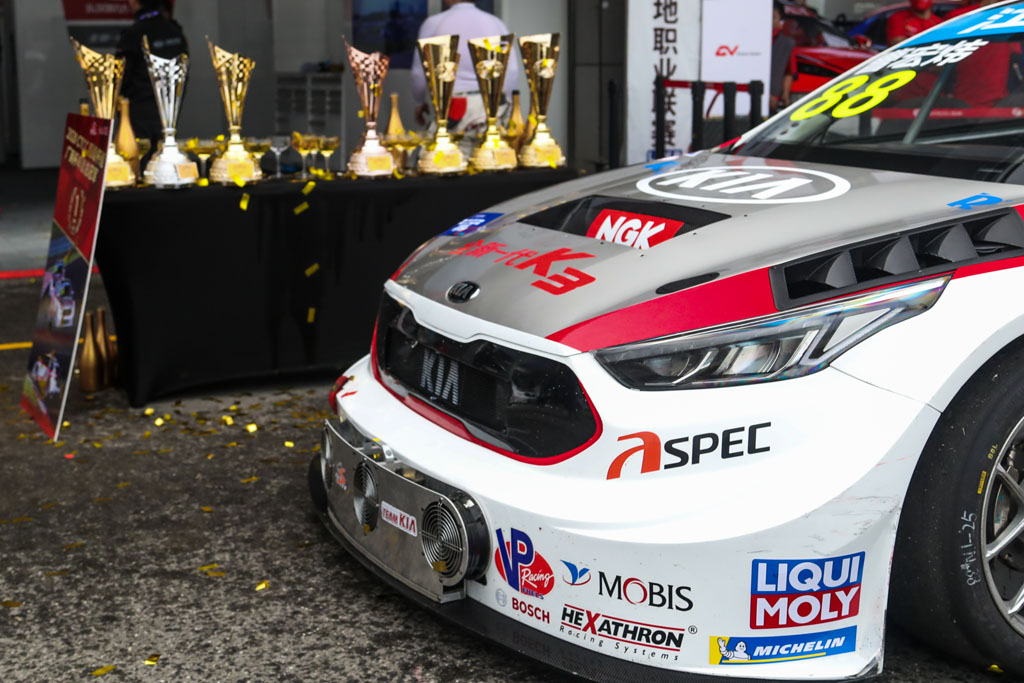 The seal of Team KIA Racing China on the China Touring Car Championship title arrives from Nanjing: as a matter of fact the Korean official team managed by Start Sports Racing has won the third consecutive championship in the most important Chinese car series, prevailing again over the other brands competing in series such as Volkswagen, BAIC and Toyota.

Due to logistical limitations dictated by the Covid-19 pandemic, Hexathron Racing Systems has provided its technical support from Italy with its efficient Remote Engineering service.

The engineering company based in Milan and led by Marco Calovolo followed in real-time the three KIA K3 2.0T race cars on the track also during the last and decisive event for the award of the title, with the use of the most modern technologies which allowed the italian engineers to work with the drivers and the team staff in order to control every aspect of what was happening on the other side of the globe.

A very important result during this year because it once again confirms the performance of the KIA K3 2.0T, a winning car that has been entirely designed, from the chassis to the aerodynamics, in Italy by Hexathron Racing Systems, which has redefined and increased its performance in various areas, leading to reconfirm itself the touring car to beaten in China.

Marco Calovolo (Hexathron Racing Systems CEO): “2020 was undoubtedly a very difficult year in motorsport, where everyone was affected by the coronavirus pandemic. We tried to adapt as quickly as possible to the requests from our customers as in this case Team KIA Racing China: after a few months of delay, the activities on the track have resumed in China, but with severe limitations for personnel coming from abroad. For this reason, at the request of the team, we have successfully provided our support through Remote Engineering , helping the team to achieve the third consecutive Manufacturers’ title, as well as the fifth since our company has been the main technical partner. Obviously we hope to be able to be personally back soon on track in China with the KIA K3 2.0T in China, but we are more than satisfied with the work done from Italy. “