Win in 24H Series and 3rd place in ELMS first events: good start of the partnership with Ebimotors in 2018 racing season 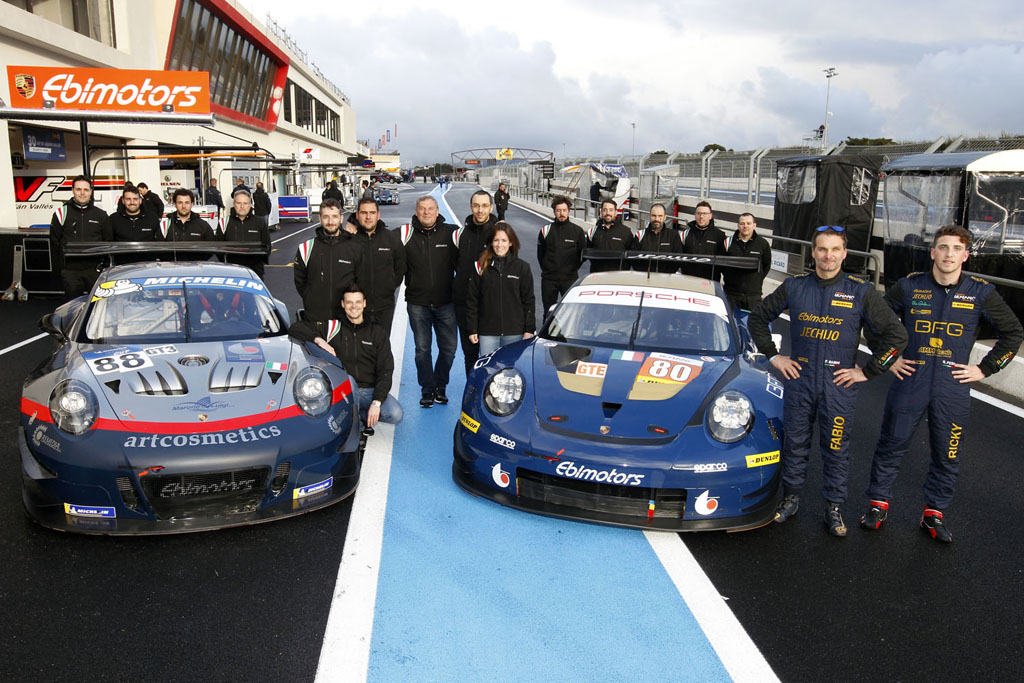 In the first events of the season Ebimotors and Hexathron Racing Systems already achieved important good results: at Le Castellet, in the first round of ELMS, the trio formed by Fabio Babini, Riccardo Pera and Raymond Narac took to the debut the 3rd place in the GTE-Am class with the Porsche 911 RSR (which the team will compete also in Le Mans 24 Hours legendary race), while in the first 24H Series round in Navarra, after 12 hours of competition, Ebimotors got the win in 911 class thanks to Marco Frezza, Lino Curti and Carlo Curti (Porsche 911 GT3 Cup), well supported by Eng. Maurizio Soro.
Even at Le Castellet, a fifth place came from Alessandro Baccani and Paolo Venerosi with the new Porsche 911 GT3 R in the Michelin Le Mans Cup first round.

Can't wait for the new racing season 💨🏁 #he

The 2020 was undoubtedly a difficult year for moto

Not only Porsche but also @lotuscars: next weekend

Next week we'll be at 6 Hours of Rome by @gruppope